A few weeks back my brothers and I descended on beautiful Malibu, California to participate in the Nautica Malibu Triathlon.

My younger brother and I are pretty competitive, and we’d competed together in five triathlons prior to this. I had three wins to his two, and I was hoping to extend my lead. More importantly, we’d been able to persuade our older brother to join us. For the first time, all three Tanner boys would be in the same triathlon. I was so pumped.

We typically do sprints but opted for the Olympic distance. I knew the one-mile swim, 25-mile bike ride and 6.2-mile run would be a stretch so I started training immediately after signing up back in March.

With four kids, a busy job, and everything else going on, finding time to work out was tough. I woke up early to get in runs. I snuck in swims during lunchtime or on Saturdays when we were at the pool. I bought a spin bike so I could ride at night after the kids fell asleep. (I think I watched the entire season of Stranger Things 3 from the bike saddle. So good! I still miss Smirnoff… but I digress.)

The training was going well. Really well, in fact. As we got into July and August, I started seeing legit improvements in my swimming, cycling, and running times. The consistent training was paying off. My brothers and I were texting and calling almost daily, sharing workouts and comparing times. I felt confident that I’d be triumphant this year. More importantly, I was confident I’d be able to beat my time from 2014, the last time I did an Olympic-distance. I was feeling good.

Then things went sideways. With roughly two weeks left until race day, I jumped on my spin bike to log a 90-minute spin session while watching the BYU vs Utah football game. 25 minutes in, I started feeling a dull pain just below my knee cap. The pain grew steadily until I decided not to push it anymore. The combo of knee pain and losing to Utah for the ninth straight time made for a brutal night.

Many years before (but still during the losing streak to Utah), I’d felt similar pain. The recovery had been about two weeks, so while I was disappointed, I was optimistic I’d be fine on race day. I kept swimming but didn’t run or bike the next week. With one week until the tri, I tested my knee with several short runs on the treadmill. The pain came right back so I completely shut things down. I decided I’d give my knee one final test just before Saturday’s race.

It all came down to Thursday night. My plan was to cycle for 15 minutes, then run one mile. If I could get through that workout with limited pain then maybe, just maybe, I’d be good to run 6.2 miles and bike 25 miles a day and a half later.

Thursday night came and I put the kids to bed before heading to the gym. I felt minor pain during the last five minutes of the bike portion. Nothing I couldn’t push through. But when I jumped on the treadmill, the pain was immediate. I continued running at a slow, steady pace but the pain got worse with each step. I couldn’t even get through a half-mile.

The answer I’d been searching for the last 2+ weeks had finally arrived. It was a somber drive home.

1) The joy is in the journey, not the destination

When it hit me that I couldn’t do the triathlon I was crushed. I told myself that all that time spent running, biking, and swimming was for nothing. It was all a waste. But that was totally false. I loved the training process. I felt pure exhilaration when I’d hit a new PR or enjoy a beautiful morning run. A training session would sometimes be the highlight of my day, a reprieve from the stresses of life. With this injury, I wouldn’t reach my initially targeted destination, but I had found fulfillment throughout the journey.

While I’m fairly certain the knee pain stemmed from a misaligned seat on my spin bike, it was exacerbated by overtraining. Until that point, I’d seen a direct correlation between inputs and outputs. The more I trained, the faster I got. So I kicked my training up a notch, exercising six days a week instead of five. And that’s when I got in trouble.

I’ve found that sometimes in life, the harder you push to for something, the less likely you are to achieve it. This can be especially true in our careers. Many years ago, there was a job I wanted more than anything. I prepared, and prepared, and prepared for the interview. The night before the final round I couldn’t sleep. I was so fixated on crushing the interview that I couldn’t think of anything else. I showed up to the interview frazzled. I wasn’t my best self. I didn’t get the job. Well-intended action, when taken to the extreme, can be our undoing. More is not always more.

3) Everyone needs a cheerleader

I’ve participated in many triathlons, but this was my first as a spectator. I opted to participate in the swim portion then sit out the rest. This gave me a front-row seat in the transition area where I could see every athlete as they transitioned from swim to bike and bike to run. I cheered for my brothers throughout, taking dozens of pictures and videos. I was there for them at the end, screaming their names as they crossed the finish line. Making the day special for them made it special for me.

4) The most important thing in life is family

I hate to go all Vin Diesel from Fast and the Furious on you, but it’s true. Once I realized I wouldn’t compete, I thought about canceling my flight but my wife encouraged me to go anyway. I’m so grateful I did as I had an incredible weekend with my brothers. By not stressing about my tri performance, I was able to be more present. We were together just 36 hours but I spent more quality time with them during that stretch than I had all year. Nothing beats spending meaningful time with the people you love.

5) Come what may and love it

The day after my injury, I thought of this talk from Joseph B. Wirthlin. In it, he shares that when something bad happened to him or when he faced a challenge, his mother would remind him to “come what may and love it.” In his words:

“I don’t think my mother was suggesting that we suppress discouragement or deny the reality of pain. I don’t think she was suggesting that we smother unpleasant truths beneath a cloak of pretended happiness. But I do believe that the way we react to adversity can be a major factor in how happy and successful we can be in life. If we approach adversities wisely, our hardest times can be times of greatest growth, which in turn can lead toward times of greatest happiness.”

While I’m disappointed I couldn’t do the triathlon, I’m grateful for what this experience has taught me. I’m mindful that this “adversity” pales in comparison to the true adversity many of us face on a daily basis. But I do believe that if we’re willing to look for it, if we’re willing to be taught, we can find a lesson in everything.

My knee will heal. Another triathlon awaits. Life goes on. Come what may and love it. 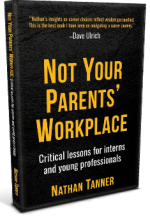